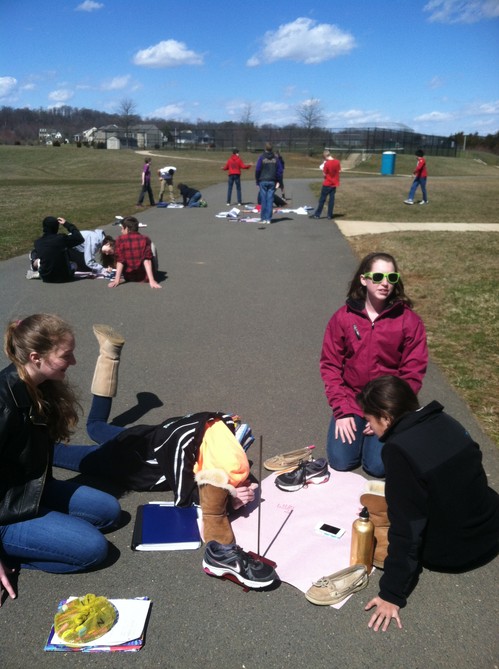 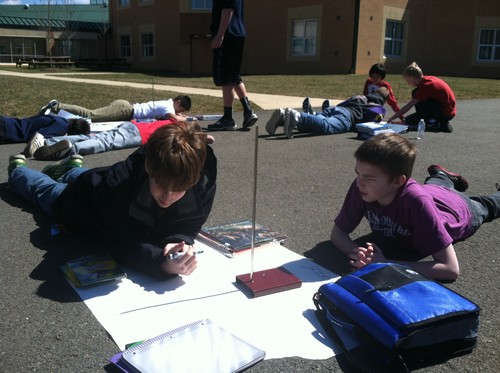 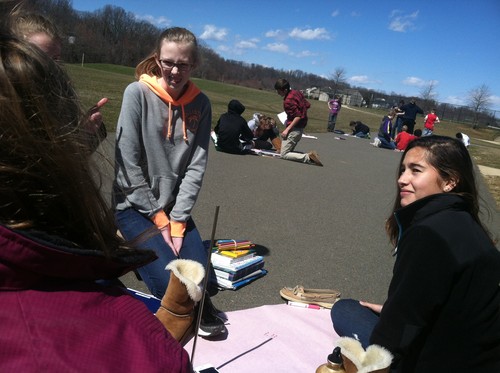 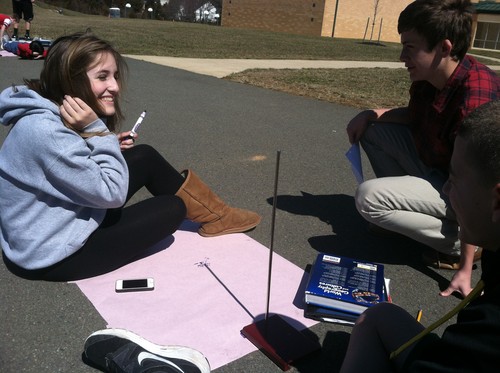 To:  the Participants of the Noonday Project

It was a windy March day when my class conducted the Noonday Project.  The week prior to the experiment, the sun had rarely made an appearance.   However, while the morning of March 26th was cloudy, the sun shined its rays on us as solar noon approached.    I have been participating in the Noonday Project off and on since 2007.  All of my classes have enjoyed the experiment immensely.  For inspiration, I always show each new group pictures of apparatuses used by previous classes.    Each year, my students surprise me with their creativity.  Last year students made apparatuses using frisbees, garden pebbles, and tiles.  This year the students were given short notice about the experiment so I was not expecting anything elaborate.  Despite this, they still managed to come up with some unique ways of holding up their gnomons.   Below are some examples:

The group here called themselves the "Delta Four" and they made a support for their gnomon that was nailed to a platform with a 4 painted on it.  The fourth member was not with us the day of the experiment.  We joked that if wheels were attached it would make an excellent scooter!

Below the group used shoe laces to secure their meter stick to a box filled with textbooks.

Here a student is measuring the shadow produced from a PVC pipe gnomon that was secured to a square base.