Our purpuse was to correlate the boiling point temperature with elevation.
In our college, four classes have realized the experiment, at the elevation of 152m from 26th feb to 13th march.
Each class was constitued by 8 groups of 2, 3 or 4 students.
We used hot plates, for the heating 250 mL of distilled water.
We noticed that the boiling point depends on atmospheric pressure.
Here are the results: 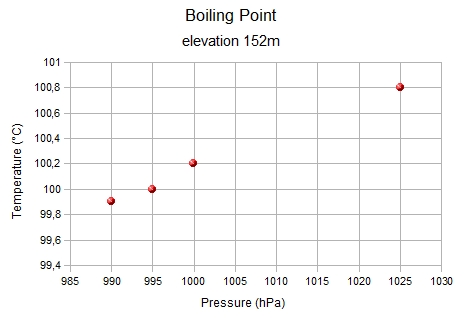 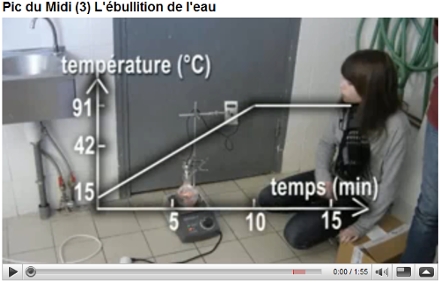 The solidification point was 0C 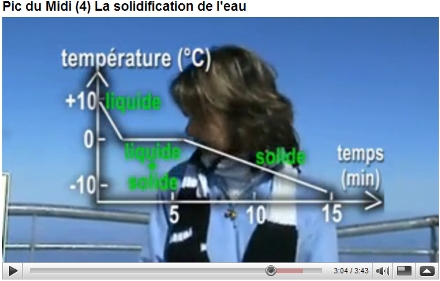 They also realized b arometric measurements from 1800m to 2860m. 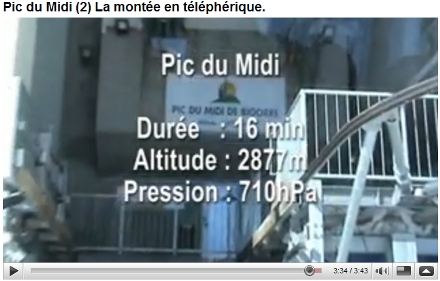 The atmospheric pressure decreases as the altitude increases. 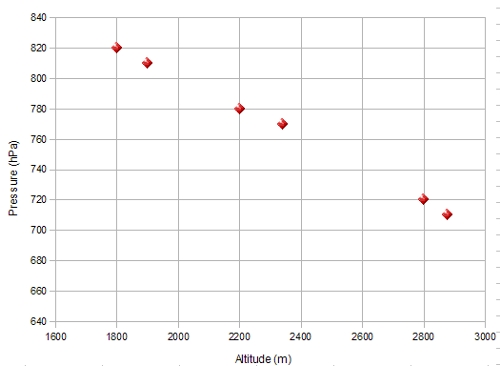 This experiment was first realized by Florin Perier on 19th september 1648.

All our results on http://boiling.water.free.fr

We finished the Boiling Project and graphed our results.

Our 4 classes upstairs and the 4 downstairs got different results. Upstairs found the water boiled at an average of 99 degrees Celsius, while downstairs the temperature was 97 degrees. We determined that the thermometers we were using, although calibrated according to the project requirements, showed inaccuracies that became more pronounced as we approached boiling.

Everything else was pretty much what we expected.

We learned that using distilled water DID matter. We also found that elevation changed the boiling point. We realized that some of the thermometers we used were junk. Next time we will replace the old themometers with new ones!

Thanks for providing the project! Everyone enjoyed it!

We found that the heating device and the volume of water had no influence on the boiling point. 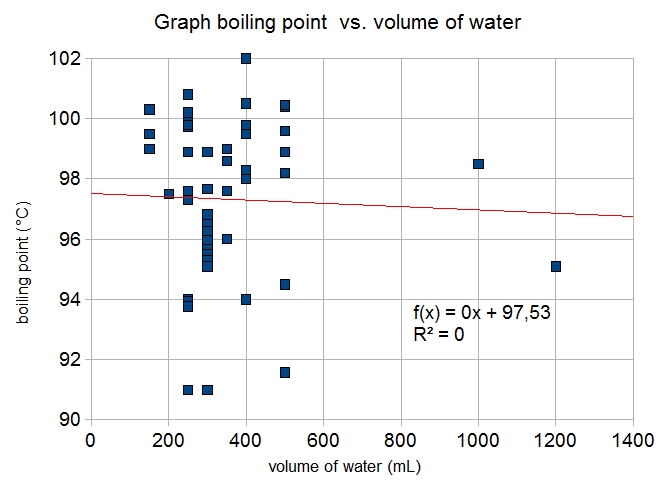 The correlation is very low (R=0,23) between the room temperature and the boiling point. 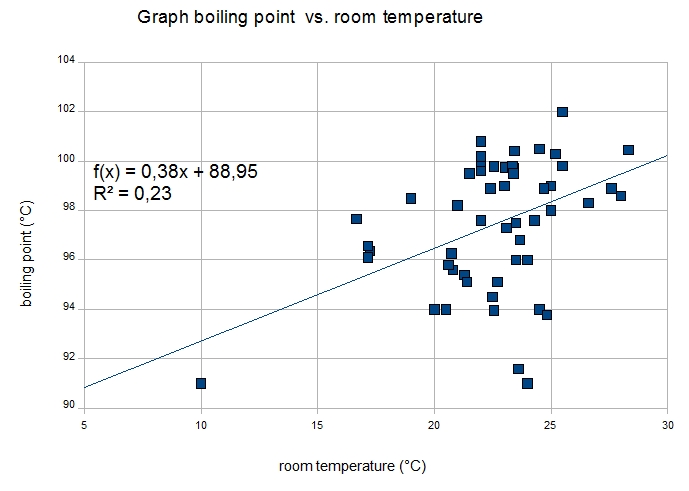 The first graph boiling point vs elevation including some data from previous runs (red points) shows a correlation :R=0,75. 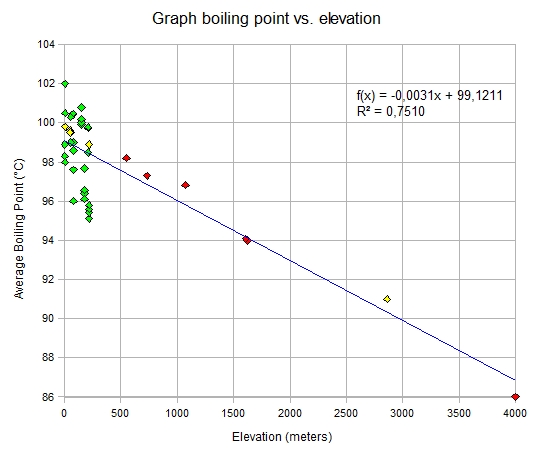 The second graph is drawn removing the 2009 data that were too far from the line of best fit (green points). The correlation is :R=0,99 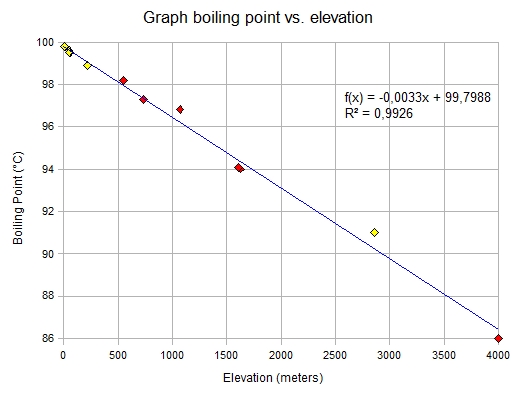 Our school had four classes that were able to complete the assignment. Pairs of students wrote final reports and the best one was chosen to be shared, it follows:

At a low elevation the pressure on the water is higher pushing down on the particles of water trying to keep them from moving; therefore it takes more energy to increase the average kinetic energy of the water. The same happens at a high elevation except the pressure is lower so the boiling point is lower. It is easier for the particles to move around faster with less resistance from the air.

We believe that accuracy is very important! Errors could have occurred as people were reading the thermometers. We would have preferre d to use a digital thermometer.

All the classes enjoyed doing the project and using EXCEL. It was a great way to include data analysis into our classroom! It was also a great way for students to see that students around the world are learning what they are learning and the importance of creating a global community!

We learned several things while doing our experiment. First of all, we learned that once water reaches the boiling point it remains at that temperature. The distilled water in the beaker doesn't get any hotter than the boiling point. We also learned that repeated trials can be tedious to perform, but are important to get accurate data. Also, when we analyzed the results from the other schools we noted that the boiling point of water was significantly lower at very high elevations. The data from France showed much lower boiling points for the trials performed at the altitude over 2,000 meters. Our boiling point was what we expected it to be -- close to 100 degrees Celsius -- since our school is located at a low altitude. Finally, we learned how to use Google Earth to find our school, its longitude and latitude and the other schools participating in the project. For our school's participants next year we would like to recommend boiling 100 ml or less, since the 350 ml of water that we chose took over 20 minutes on some of our hot plates. Thank you fellow boilers for participating in the project!!!!